Day of Week field has been added to Airing Detail Reports in AdSphere!

Speaking of Airing Detail reports, forget about manually downloading them! Did you know you can automate the monitoring and reporting of airing details for multiple brands / creatives with our AVS™ system? Now you can create a powerful BI dashboard to provide your clients with an unprecedented view of their competition. Discover the AVS™ API that makes it possible to create REAL TIME competitive tracking solutions.  AdSphere™ clients, ask us about AVS™ and get started today for free!

Effective immediately, the AS SEEN ON TV retail reports (both online and email variations) will only include product brands that disclose the product price and provide an 800 and/or web address for ordering.

Direct response campaigns that do not disclose the retail price of the product will be categorized as lead generation and will no longer appear on the “retail” reports.

Short form product and lead generation campaigns can be ranked separately or together using the online AdSphere system which provides for unlimited ranking positions.

This is an awkward subject to write about because it really has nothing to do with DRMetrix.  That said, I feel it’s appropriate to make a public statement to the industry before this story breaks on national television.

Back in 2009, LeadCritic.com broke a story which they called the “Largest Lead Generation Scandal in History”.  I was the founder/CEO of REVShare and Lead Generation Technologies and we found ourselves the victim of various white collar crimes including embezzlement, breach of fiduciary duty, theft of business assets, etc.   A man I had hired, Ed Shin was the mastermind behind these crimes.  Ed was convicted of embezzlement but would end up serving no jail time.  This allowed him to commit his next crime, the murder of Chris Smith.  It took eight years for the murder trial to commence and finally, this last Friday, December 7th, Ed was found guilty of first degree murder, special circumstances for financial gain.  I’m thankful that the jury made the right decision and I pray that Chris’s family gets some small degree of comfort in this verdict.

Until today, I have never written publicly about what happened.   I had met Ed Shin at Church and had gone out of my way countless times to help him and his family.   During the depths of the great recession, Ed had lost his own business and needed a lifeline which I provided, giving him a job at Lead Generation Technologies and a new career path.  Ed once said to me, “Joseph, I have never met a person who has been willing to help me and who has made such a positive impact in my life.  I don’t know how to repay your kindness.”

Chris Smith was also hired to work as a consultant for Lead Generation technologies.  Ed conspired to start a competing business, 800xChange, which the embezzlement funded.  The two men collaborated in the formation of 800xChange and were having success but also facing a lawsuit from our company.   Ed was convicted of embezzlement.  In 2010, things took a shocking turn when Ed killed Chris during a fight in their offices.  Ed then disposed of the body and tried to cover up the murder.  Unbelievably, he then stole Chris’s digital identify emailing Chris’s family and friends for months making them believe that Chris was still alive on an exotic vacation.

Back nine years ago, when this story first unfolded, OC Weekly wrote a respectable article.   More recently, as the trial date approached, Gentlemen’s Quarterly wrote a rather in-depth article.  The story has also been covered by People Magazine and countless other regional and national media.  After the conclusion of the murder trial, Dateline NBC aired a two hour special on Friday 12/14/18.  The TV Show – A Lie To Die For debuted their story on Oxygen Network on 8/19/19.  Investigation Discovery aired People Magazine Investigates on 11/11/2019.  ABC’s 20/20 aired a 2 hour episode entitled Cutthroat Inc. on 1/24/2020 which will be followed by a podcast.

Aspects of what Ed Shin did back in 2009 took a toll on my family and also on my professional life.  As I have worked to pick up the pieces and remake my professional career, I am grateful for all of the support of my industry peers over these past few years.  As hurtful as this experience has been, I refuse to let people like Ed break my spirit and destroy my trust in people.

I wish all of my industry friends a blessed holiday season and much success in 2019!

Update 7/26/2019 – After a number of delays, Shin’s sentencing hearing finally took place today.  It was reported that Shin made the following statement to the judge, “Show me no mercy.  All I have to give for my sins is my life and the court should take it.”  The judge came back and gave Shin – Life in prison without the possibility of parole.

DRMetrix is pleased to announce that Ovation and Hallmark Drama went live on the AdSphere™ platform today (11/2/18).  As a competitive media research system, AdSphere™ tracks traditional direct response and brand/direct television commercials and now reports on over 130 networks.  The company plans to add additional networks in the coming months.

Calling all AdSphere™ clients to join our new user group on Facebook!  This is a closed group.  Please click the link below to request membership.

Click here to schedule a time to meet with DRMetrix at the PDMI Summit 9/23-9/25.   www.drmetrix.com/knowROI

DRMetrix is thrilled to be an official sponsor of the PDMI Summit from Sept. 24-26 at the Venetian Las Vegas.

Join us in the Lido Ballroom.  Click here for a map of the summit layout

Don’t forget to register by Sept. 1 for a special badge price of only $100.

David Ogilvy is one of the visionaries who inspired us to create AdSphere™.

In this classic video, he explains why it is critically important for all advertising professionals to become students of direct response. 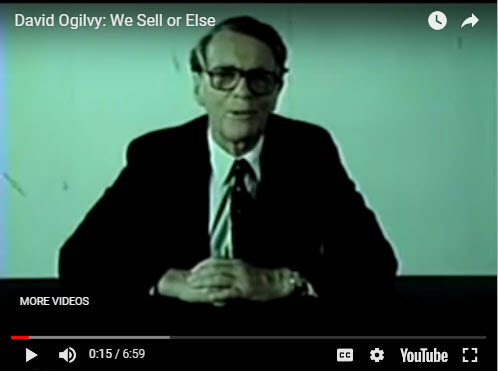 Thomas Haire, Editor-in-Chief of Response Magazine, states that effective today, July 13th, both Response Magazine and the Direct Response Marketing Alliance  (DRMA) will cease operations.   For many of us, this comes as a shock following a similar announcement made by the Electronic Retailing Association just last month.

With recent communications made by ERA Europe of a September event in Las Vegas, there will certainly be future opportunities for our industry to congregate, socialize, and do business.

DRMetrix has been a proud research partner of both Response Magazine and the DRMA since 2015 and we will miss our collaboration.  To John Yarrington, Tom Haire, Jessica Delich, Monica Kollman, Lorrie de Bellis, and the rest of the team, you have become dear friends over the years and we love you all.  Thank you for blessing our industry with your many years of service.  I hope that some of you will continue to play a role in whatever comes next.   We wish you the absolute best!

I would like to share this Response Magazine throwback from 2002 when my business partners and I were honored to be featured on the cover.  The internet was still relatively new and we had built an interesting business model we called “The 800WEB Network”.   Some of you who watched my crazy 800WEB video from last month were surprised to see me with a full head of hair.  The picture is proof that two years later I am still sporting a full head of hair!   🙂 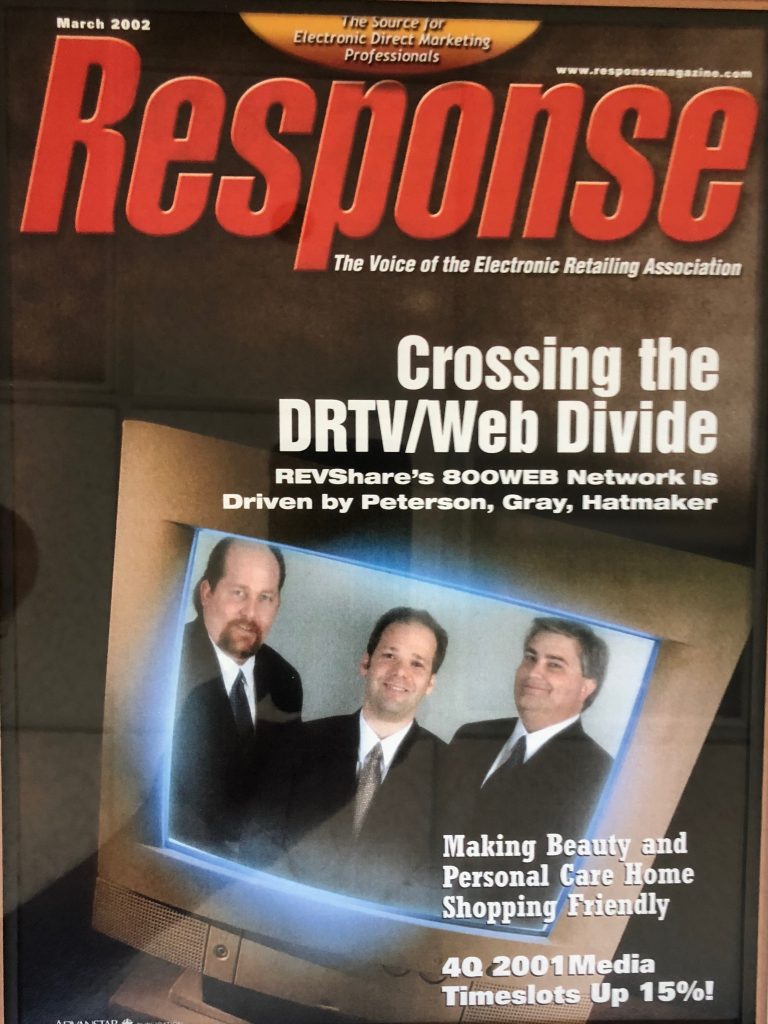